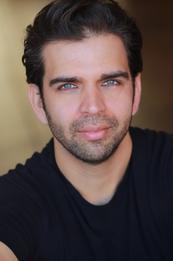 Alexander Dean Williams is a first-generation East Indian American actor, writer, and director born to immigrants who came to the US in the late '70s. His legal name is Tejas Narendra Shah and performs under the aforementioned stage name within the industry (ie Ben Kingsley aka Krishna Pandit Bhanji). Alexander Dean Williams was born in Queens, the north-central part of New York City. He is the eldest child, born into a family of hard-working professionals. Father being a medical doctor and mother a dentist. He was educated at St. Joseph's Elementary School and Diamond Ranch High School in Pomona, California before attending the University of California, Irvine. Alexander's interest in acting was recognized at an early age by family members and friends from bursts of spontaneous singing and quirky voices. His good friend suggested, if he was serious about acting, he needed to get in shape and learn the craft.

Over the years, Alexander has worked in association with Starz Media, Lionsgate Productions, Pantelion Films, and Roadside Attraction to name a few. His theatrical performances are in plays, such as Much Ado About Nothing, as Benedick & in Hamlet, as Marcellus. Alexander has roots are in classical Meisner, Chekhov, Stanislavski, Strasberg & Hagen techniques from various conservatories throughout the world.  Names, including Larry Moss, Joane Baron, D.W. Brown, & Warner Loughlin have graced Alexander’s comprehensive training.  Currently, Alexander is training with the famed acting coaches, Laura Gardner & Howard Fine, at the Howard Fine Studio in Los Angeles, California.